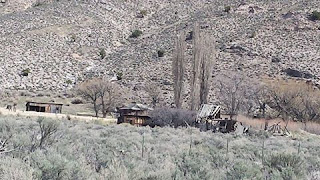 My paranormal team just got back from Ely,NV. It was a fun and productive trip where we made a big crack in potentially the biggest UFO crash in American history. In short, there is good reason to believe that at least one UFO crashed in the small town located in White Pine county. We went out and talked to the local historian Sean Pitts, a local DJ Mustang Campbell who had us on his show, and really hit the field. We found various landmarks that go together with remarks made by witnesses that have been interviewed. Taking all this into account, we have found a good reason to believe that a good location for a crash has been found. There is a depression and irregularities such as variation in the soil that make it stand out. Next trip we will go out to the spot with tools such as Electromagnetic meters and geiger counters to do tests to see if there is anything that stands out such as a radiation field. Overall, the latest trip has yielded tremendous results. I can only look forward to the next trip when we will get one step closer to unlocking the mystery of the White Pine crash.
Posted by Unknown at 1:03 PM No comments:

Up above is a video of a man who is eating a handful of glass. The shot above depicts his eyes. There is a quality to them that seems almost demonic. The pupils are narrow and slit like, reptilian in appearance. I have heard commentary about this video that stated that this man was really a reptoid in a human vessel or that he is possessed. It sounds far fetched, but perhaps there is something to this. If you go back thousands of years you would find stories of serpents and dragons who torment humanity. The most famous story lies in the bible where the serpent tempts Adam and Eve out of the garden. This is not also the only ancient serpent story where the bad guy has scaled skin. The Nordic mythology depicts a dragon who attacks a sacred tree, very similar to the bible story. 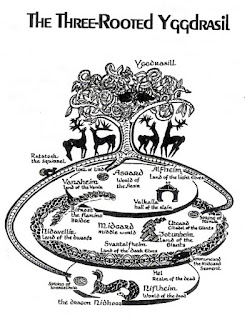 Also there is the story of quetzcoatl in Central American folklore. 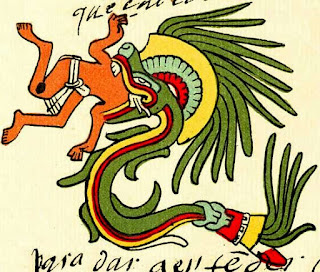 These are just three examples of literally dozens of reptilian/serpent myths that can be found. The bottom line is that throughout history there is a close link between serpents and humans. It seems that many people are born with an outright fear or at least a respect for snakes. (http://www.nytimes.com/2013/10/31/science/afraid-of-snakes-your-pulvinar-may-be-to-blame.html?_r=0) Why are we so fascinated and fear these creatures that slither on the ground? Perhaps we have an evolutionary mechanism built into us from our days of being in caves. Perhaps there were "reptoids" who came from another planet. Maybe the dark and demonic have something to do with it? The truth is that no one really has an answer. Our team has delved into the issue and if you go to http://www.blogtalkradio.com/bfpteam and listen to our two shows on reptoids done with an expert on the issue, Bill M. Tracer, you will get a good primer. The topic of reptoids is an interesting one that comes up from time to time that never seems to have an answer. Perhaps one day we will find out the almost synergistic link between humanity and reptiles. Now, as has been and will be, BFP will continue to search for the truth into this. 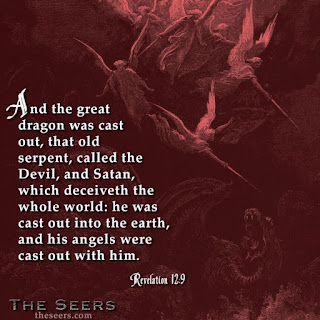 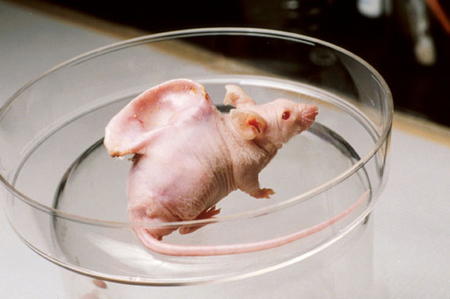 Genetically modified animals that can be used to harvest organs for human use. It is something straight out of the X Files. It is also something that is completely true, lying within reality. Mad scientists have gone out and played God with the gene pool, and have conjured up 'Frankenanimals'. Above is a mouse with a human ear on it that can be surgically removed to attach to a person. They also do this with pigs to remove hearts that are genetically modified(http://www.nature.com/news/new-life-for-pig-to-human-transplants-1.18768). Cows have been also created to make human milk instead of cow milk (http://www.telegraph.co.uk/news/earth/agriculture/geneticmodification/8423536/Genetically-modified-cows-produce-human-milk.html). Now, you the reader maybe wondering why are things like this so bad. You might ponder and say, these things are all beneficial to people, so why are you making it an issue? Or it is just a matter of scientific progress, so why complain? Well, these freaks of nature do possess qualities that make them useful to humans as a species, but do you think that these are the only experiments of this nature underway? Trust me, there are much more secret and dark experiments going on which involve trying to turn homo sapiens into a new species altogether. This may sound like a conspiracy theory at its worst, but these people are out in the open about their agenda (http://www.huffingtonpost.com/zoltan-istvan/a-new-generation-of-trans_b_4921319.html). These people are called "transhumanists". and they want to "save us from the human condition" They want to be able to fuse humanity with different types of animals to create "superhumans" and to find ways to fuse ourselves with machines. All of this seems to be the makings of a bad sci fi movie, but this is real, and the sick perverted people behind this are real. With large amounts of money,power, and influence these individuals are pushing strongly for this agenda, breaking international law and ethics much of the time. The remnant of sane humanity left must ask itself whether we want to continue to allow these psychos to push us further into the matrix or will we take a stand against such acitivities?
Posted by Unknown at 11:04 AM No comments:

Remember the old show Smallville where a town was full of creepy, odd, and weird things? Imagine if a place like that existed in real life. One does. Ely, NV. This old mining town in White Pine county  is home to more UFO'S than Roswell,  plenty of haunted hotspots, and legendary monsters. See, my best friend Jeremy Meador, who is a founding member of Big foot's Pad, has been working on a ufo case out there for years and is writing a book. Your's truly and the rest of the BFP posse will be heading out there next week. We will be doing a ton of investigating out there.  So stay tuned for updates. It will be something you will not want to miss. 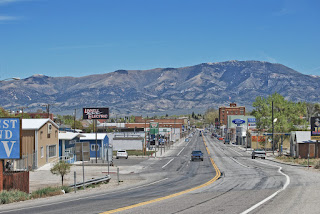 Hey everyone.  I have been away for awhile. I am going to reboot the DangerZone as a paranormal/conspiracy blog. My name is Mothman Poirier from acclaimed paranormal team Big foot's Pad located in Las Vegas, NV. More to come.
For now check out.
www.bigfootspad.com

Blogging and WInning the War

I have been very busy lately, and have not been able to blog as I have two jobs while trying to get my career set, so blogging has had to take a backseat. I do want to start blogging again, and I want to set the course I wish to take. I, as well as most people, always attack specific people in positions of power such as the president, congress people, and other officials. I have realized that this is the most futile way to go about making real change. You see, the people in office are just puppets to special interests, and are rotated out every so often to be only replaced by some other schlep who represents some type of special interest. SO to attack president Obama or any other political figure is a form of bait that the powers that be need us to do. The better route is to win in the arena of ideas or peoples' minds and hearts. Only when a person is turned towards the ideas of freedom, liberty, and self government will a difference be made. If these ideas are spread, then they can become part of what is "mainstream" and thrust into the public arena of special interests. Take for example the gay community. For a long time their unique issues were dismissed as nothing to be worried about, but after gaining clout by bringing ideas to the table plus a dose of large funding, they obtained a voice in politics. The same can be done for any issue ranging from guns, drug legalization, and economic reform. If we as a people use our collective strength in promoting the ideas that need to be discussed, then we will prevail in winning more liberty and freedom for all.
-Kole Elyon Olam
Posted by Unknown at 7:29 AM No comments:

The other night, I was watching a documentary about American Jihadists, and  I saw a comment which resonated with me. The person basically said that at least the jihadist in question was standing up for a principle, something to live for while the average American youth is preoccupied with McDonalds, drugs, and porn. The person does have a point in that our country does seem to bow to the altar of money. The unfettered corporatism that dominates the western world has become the opiate of the masses. The west has been bought off with Apple Products, Starbucks, and football. With the subtraction of God and other traditional values, there was a vacuum created in the world. Something had to fill the vacuum and the corporate world was quick to fill the void. I am not a bible thumper, but I do have to raise the question as to what are we living for? Are we simply living to accumulate this useless junk which is being pushed on us by endless amounts of advertising by the corporate world, or is there something more? I am trying to find the answers to this question myself, and so far I would say that a good place to start to find the answer is the relationships you have with people in life such as family, friends, and significant others. In these you can start to find a deeper meaning to life. In the west there is a bankruptcy of meaning, and as a civilization we need to find something soon or we will implode.
-Kole Elyon Olam
Posted by Unknown at 3:21 PM No comments: